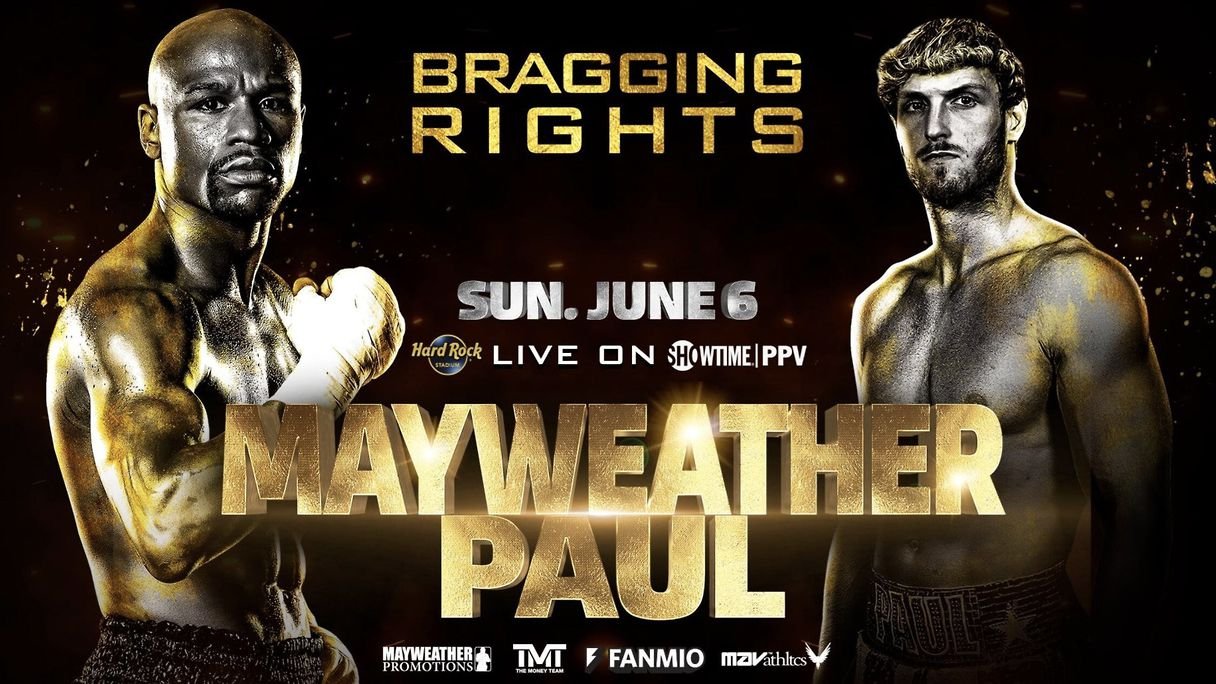 Possibly the most interesting boxing match to ever happen. Floyd Mayweather Jr. vs Logan Paul fight.

It’s not clear what to expect from this event, it’s set to take place Sunday night at Hard Rock Stadium in Miami.

One is clear, millions of bettors will tune in to watch the fight.

🥊 Floyd “Money” Mayweather retired with a perfect 50-0 record and has never lost, he did already win one exhibition bout in 2018 against Tenshin Nasukawa.

🍿 Logan Paul on the other hand is a famous YouTuber who has risen through social media. Starting with Vine, then Youtube and now even podcasting and boxing.

Paul has boxed twice, once it was a DRAW in an amateur fight against fellow YouTuber KSI and the other was a professional bout, a rematch against the same fighter which ended in a LOSS (0-1)

Here is a look at the odds for the upcoming fight, after that we’ll list our own prediction!

Will either get knocked down?

Will Mayweather wear a hat to the ring?

Will Mayweather wear a mask to the ring?

Will Mayweather have any crypto sponsorships on the shorts?

Will Trump make an appearance at the fight?

It’s hard to look at the paper and not think this will be a mismatch. The age is probably the least of worries as Floyd can probably fight in his sleep and he also has defeated some of the best boxers in the world.

Logan Paul on the other hand has trained just for a few years, but actually a lot of people do not even know that. His first fight was in August 25th of 2018 when he fought fellow content creator KSI for the first time.

In my opinion it’s not enough to win Floyd, but it’s enough to stand in there against him for 8 rounds as it will take time to tear down the big man he is, even for a professional like Floyd.

Floyd himself even mentioned that he did not train hard at all for the fight and it’s more for entertainment purposes.

Paul will show the world that he’s very tough to break.

I will stand and take a bet not a lot of people would agree to.

I’m backing that Fight Will Go The Distance (+200)

Check other prop-bets or place this bet now at MyBookie.ag 👋

PrevPreviousSports Betting In 2021 – Should You Start?
NextThe 3 Biggest Underdogs of Euro 2020Next
Read more fam